If you’re like most people, you probably don’t know a whole lot about bugs. You know that they’re icky and you want them gone, but other than that, you leave the extermination to the pest control experts.

BUGCO® Pest Control is the expert when it comes to getting rid of all kinds of pests, from general bugs to termites.

So why not call us today and let us take care of your pest control problems? We offer a variety of services in Round Rock TX, including general pest control and As-Needed treatments. Plus, we offer discounts to military veterans and other groups.

Our pest control services are designed to target the specific needs of your home or business, and our exterminators are highly trained and experienced in the latest techniques and technologies.

Why You Need Pest Control Experts

If you have pests in your home, it can be a big problem. Not only are they unsightly and gross, but they can also carry diseases that can be harmful to you and your family. That’s why it’s important to have a pest control plan in place to keep them at bay. Here are four reasons why you need pest removal services.

Pest control services are important because pests can carry and spread diseases. For example, mosquitoes are known to carry the Zika virus, which can cause birth defects in babies. Other pests, like fleas and ticks, can carry Lyme disease, which can be debilitating if not treated properly. By having a pest control plan in place, you can help to prevent these diseases from spreading.

2. Pests Can Cause Allergies

Another reason why you need pest control services is that pests can cause severe allergic reactions in some people. Dust mites are a common allergen for people with asthma or other respiratory problems. If you want cleaner air and to reduce allergens, consider pest control treatments for your home.

3. Pests Can Damage Your Home

Pests can also damage your home if left unchecked. For instance, termites can cause serious damage to the structural integrity of your home if they’re not dealt with properly. Carpenter ants can also cause damage by hollowing out wood beams and supports. Pest control plans help to avert future destruction.

4. Pests Can Be A Nuisance

Last but not least, pests can be a nuisance if they’re not kept under control. They can make noise, like rodents, or they can invade your personal space, like cockroaches. If you want to keep your home free of pests, start with a pest control plan.

BUGCO® Pest Control Company is your one-stop shop for all things pest control. We specialize in termite, rodent, and mosquito services, but we can also take care of larger wildlife animals. No matter what kind of pests are bothering you or where they’re located, every BUGCO® pest exterminator can help get rid of them quickly and efficiently.

We have been providing quality service to homes and businesses throughout Texas for years, and here are just a few of the reasons why you should choose us for your next pest control project. 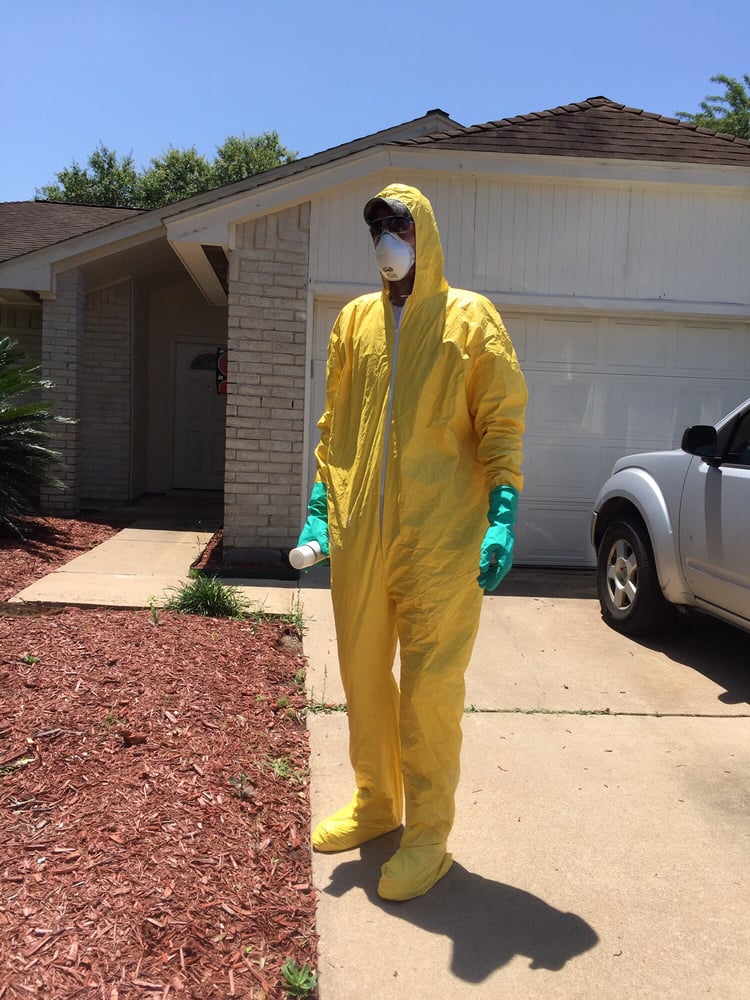 BUGCO® Pest Control Company is a Service Disabled Veteran Owned Small Business (SDVOSB) certified by the Department of Veterans Affairs. As an SDVOSB, we are committed to providing quality pest removal services to our fellow Americans.

We are also recognized as a Statewide Historically Underutilized Business (HUB) by The Texas Comptroller of Public Accounts (CPA), meaning that we are qualified to participate in the state’s HUB programs and initiatives. As a HUB, we are dedicated to increasing opportunities for small businesses in Texas.

At BUGCO®, we are proud to be certified as an SDVOSB and HUB, and we will continue to provide quality service to our customers.

We specialize in handling both household and commercial pests. A few of the types of businesses we service are:

We specialize in eradicating various types of pests, including:

If you’re located in Round Rock TX and have a pest problem please don’t hesitate to give us a call for a free estimate!

Get started with BUGCO® today!

“We Make The Bugs Go” is our slogan, but it’s also our promise to you. We will do whatever it takes to rid your home or business of pests, and we’ll do it in a way that is safe for you, your family, and our employees.

What dangers does pest pose to my home and loved ones?

Rodents and cockroaches can spread diseases like E. coli and salmonella to the food you eat, while other pests like wasps and hornets can cause painful bites or blisters. Bed bugs, ants, and stinging insects can also cause skin irritation or an allergic reaction in some people, and cockroaches have even been linked to asthma attacks in some people.

What is the most popular method of pest control?

It would be the use of chemicals. Chemicals that kill or otherwise prevent the spread of pests are called pesticides, and they are the most widely used technique of pest management. Most pesticides are categorized by the type of pest they are designed to kill.

Is there a way to eliminate pests without using chemicals?

Eliminating pests the natural way is by plants. You may achieve effective pest management through the use of companion plants. Planting melons next to radishes, for instance, prevents beetles from moving between melons because they dislike the flavor of radishes.

When will the results appear?

Our treatment may provide immediate results. Most people notice beneficial outcomes over time. Some products are delayed acting, allowing pests (like ants) to transport them to their nest and eliminate the problem.

Discover The Beauty of Round Rock, Texas

Located in Williamson County, Round Rock is one of the major cities in the Greater Austin area of Texas. It is widely acknowledged not just as one of the best-managed cities in Texas but also one of the fastest-growing neighborhoods. Perhaps best known as Dell Technologies’ international headquarters. The Round Rock Express baseball team, a Triple-A affiliate of the Texas Rangers that plays at The Dell Diamond, contributes to Round Rock‘s reputation as the “Sports Capital of Texas.” Round Rock Donuts, the original Texas-sized donut at a whopping two pounds, is a favorite treat for locals and visitors. Downtown Round Rock, marked by the dazzling Round Rock Water Tower, is a shopper’s and diner’s paradise with a rich history.